We are still social distancing in our store, and ask our customers if they are feeling under the weather please do not visit the store. We are still offering over the phone payments on layaways and pawns. 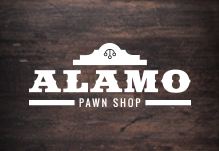